The stock opened unchanged at RM1.60 before it plunged further to hit a low of RM1.52.

It then pared some loss to trade five sen or 3.12% lower to RM1.55 at the time of writing, giving it a market capitalisation of RM1.91 billion. 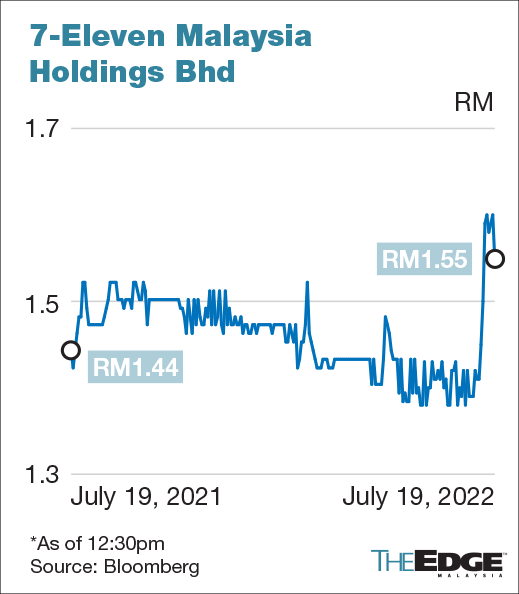 On Monday (July 18), Bloomberg reported that the convenience store operator is working with an adviser on the potential divestment of Caring Pharmacy for about US$400 million (about RM1.78 billion).

The deal has attracted interest from some Japanese parties, according to people with knowledge of the matter.

Notably, Caring Pharmacy, which was once listed on the local bourse, exited Bursa Malaysia in May 2020 after the completion of the takeover of Caring Pharmacy by SEM.

SEM had launched a mandatory general offer to buy out Caring Pharmacy at RM2.60 per share.

Founded in 1994 by five pharmacists, Caring Pharmacy sells pharmaceutical, healthcare and personal care products, according to its website. It had over 120 stores across Malaysia as of 2019.

Meanwhile, in the first quarter ended March 31, 2022 (1QFY22), SEM saw its net profit more than double to RM24.38 million from RM11.77 million a year earlier, driven by higher revenue contribution from its convenience and pharmaceutical stores.

A check on Bloomberg revealed that SEM had five “buy” calls and one “hold” call with target prices ranging from the highest of RM2.05 and lowest of RM1.48.